What is the Kratom Legal Status?

Do you want the best Kratom powder or capsule? If Yes, Green Leaf Kratom has lots of options for you. We have a wide range of Kratom strains, and we only deal in mitragyna speciosa products. Not only can you buy these products at low prices, but can also avail discount on bulk purchases.

But before you look for Kratom online, you need to know if it is legal in your town/city/state or not. Yes, more than quality or prices, you should be well-updated with the Kratom legality in your state. We have plenty of information regarding this on our Kratom blog if you want to check out.

This post is an overview of the present Kratom legal status.

Kratom laws vary from country to country. As there have been a lot of changes in Kratom’s legal status, we are going to share the names of only those countries where Kratom is legal.

In this part of the world, mitragyna speciosa is a popular herb. However, many countries have still not legalized Kratom, so be careful if you’re traveling with Kratom anywhere in Europe. Here is a list of countries where Kratom is legal (the list does not include places where Kratom is not a controlled substance):

Countries like the Czech Republic, Belgium, and Spain are quite forward-looking. So, the restrictions are not as stiff as in other countries. Similarly, some countries have imposed age restrictions in order to avoid mishaps.

Now, let’s take a look at Kratom’s legal status in another part of the world where Kratom is equally popular.

Kratom Legality In US 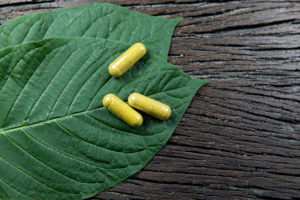 It is very important to know the Kratom regulations of each state as they may have imposed some restrictions on carrying and possessing the Kratom.

In some states, you can only buy Kratom if you’re above 18 years, while other Kratom-legal states have raised the age limit to 21.

Similarly, there are other restrictions in terms of packaging, labeling, and quantity. So, you have to be careful while traveling with Kratom from one state to another.

Now, let’s talk about the Kratom legal status in the rest of the world.

In Canada, they have the CFIA and Health Canada responsible for scheduling drugs and substances. According to the Canadian Food Inspection Agency, Kratom should not be legalized as the herbal supplement may be unsafe.

But, Kratom itself is not illegal. It doesn’t come under the official list of substances, and therefore, can be bought and sold with proper labels. But be careful about Kratom supplements.

In Asia, the Kratom rules have been quite blurred. In places where Kratom is grown, the rules are not quite clear. For example, Thailand has banned Kratom decades back, but still, they are selling Kratom powder and leaves. The same is the case with Indonesia, which is probably the largest export hub of Kratom strains.

On the other hand, where Kratom is treated like other drugs in the subcontinent, Asia pacific, middle east, and central Asia, many countries issued permits to sell Kratom on a limited scale.

Kratom is a herb featuring mitragynine alkaloids. It has seen some serious oppression over decades. However, nothing seems to stop it from going popular, as more and more brands emerge yet can’t control the demand.

While buying or selling Kratom, it is highly important to understand the Kratom legal status. You need to know, in which conditions, you are allowed to buy or sell it.

Cutting long discussion short, if you buy from Green Leaf Kratom, we’ll take the burden of shipment and will help you figure out whether you can buy our products from a particular place or not. Green Leaf Kratom offers reasonable prices and also offers bulk order discounts.